He cast a crouton on the water

Watched it sog upon the swell

What came back was lava bread

And Chelsea buns as well

She threw in an expensive cake

‘Twas softer than a futon

But what came back upon the waves

Was just a soggy crouton

The Publican and the Pharisee went for a walk after church

One wore pride and majesty, the other the marks of the birch

“My lips are sealed,” said the Publican “let us sup of the wine of your sin”

The Publican and the Pharisee quaffed back a couple of jars

And then another two, then three, for such is the way in bars

And as they drank their wine, an odd phenomenon occurred

The crown of hubris lost its shine, the marks of the birch became blurred

“I say, my man,” said the Pharisee, “I’m feeling a little queer”

The Publican chuckled, mischievously, “Time for some shorts, and some beer”

The Pharisee, unused to drink, began to loose a screw

Became dishevelled, sweaty, pink, made a desperate run for the loo

Got locked in for a while, and had to crawl under the door

Got stuck, well hey, you have to smile, for half an hour or more

Was rescued by some rugby blokes, who loaned him some spare kit

And made up lots of witty jokes, about Pharisees covered in it

The Publican, sat at the bar, surveyed his sorry state

He wondered if he’d gone too far, in setting up his mate

“Just sit,” he said, “and listen well, for this I have to say

Your spiritual wealth is an arrogant lie, and your pride is a cardinal curse

I’m no angel, I confess, but hypocrisy, mate, I abhor

I reckon I should grovel less, and you just a little bit more”

The Pharisee gave a little nod, and hiccupped in assent

Muttered softly “Sorry God”, and got his coat and went

The Publican then rang the bell, poured out a short, and sat

“Oh come on, God, you know the bloke, he really asked for that” 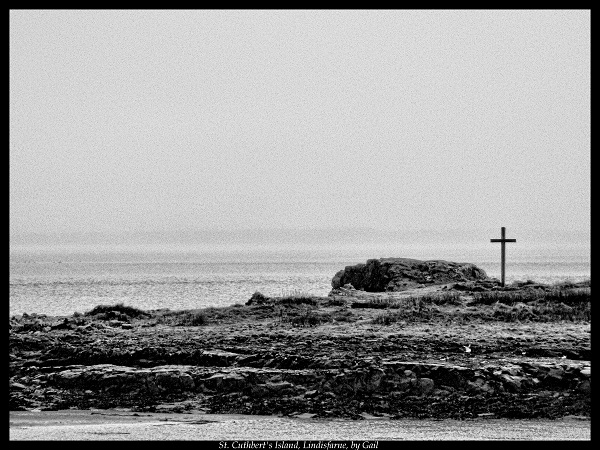 For all to see

Light and mercy be

For it was writ

This would be it

That all these things

Would come to be

At the bottom of his garden*

And joining in with daily prayers

Some Syrians beneath the stairs

Asylum seekers in his shed

He’s just doing what he can

To pander to the ‘common’ man

To separate the issues, see

Of race and the economy

With good intent to bridge the gap

‘Twixt logic and the racist cr*p

For Welby is a diplomat

It’s not that we’re a racist state

Good luck with that one, Welby, mate

Imagine pubs across the land

The dodgy banter, beer in hand

That Archbishop got it right

But what of all the fish and bread

With which five thousand mouths were fed

Would Jesus Christ have found it hard

To put up Poles in his back yard?

* A play on the words of an English joke, “Well, well, well, three holes in the garden!”