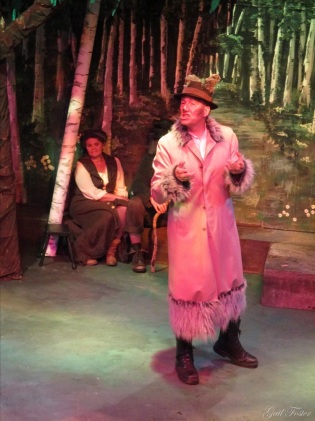 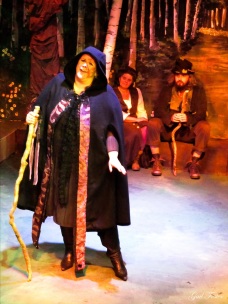 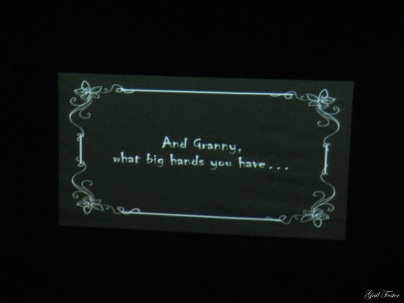 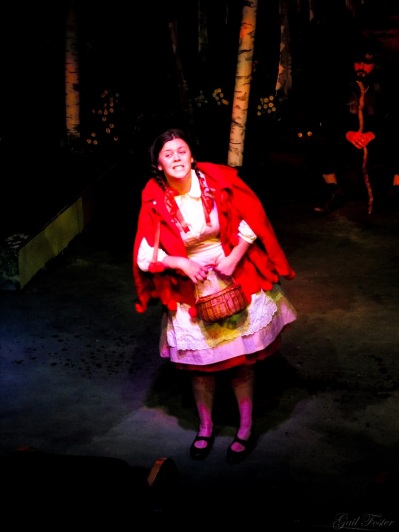 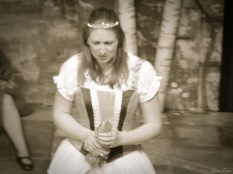 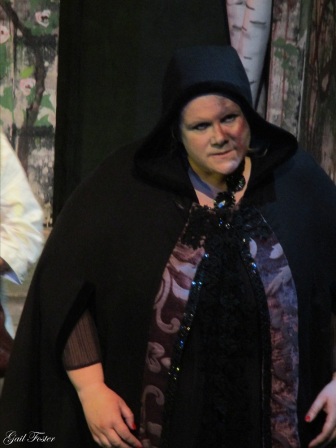 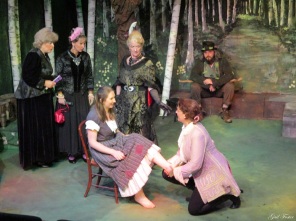 The Invitation Theatre Company’s performance of ‘In To The Woods’; a review

I was delighted to be invited to the dress rehearsal of TITCO’s production of Stephen Sondheim’s ‘In To The Woods’ at The Wharf, directed by Peter Nelson.  TITCO are a quality act, and I always enjoy their shows.

And then Happy Ever After.

As I rode off on my bike I couldn’t help but feel there was something missing.  Something I couldn’t quite put my finger on.

That would have been Act Two.  Thought it was a bit short.

So, Monday, opening night, and I’m back again.  Ah, there it all is.  The finishing touches have been put to the stage and it’s all pretty with birch and blossom and soft greens, with a backdrop that leads to…who knows.  And someone has clearly been working hard in the Mojo department, because TITCO are bursting with a confidence and enthusiasm that I just didn’t see on Sunday…

It’s a moral tale of good versus evil, this, set in a dark and mysterious wood where anything could happen.  It’s a mash up of Grimms’ Fairy Tales, starring Cinderella, Jack of Beanstalk Fame, Red Riding Hood, and Rapunzel.  It’s a quest for a cow as white as milk, a cape as red as blood, hair as yellow as corn, and a slipper as pure as gold.  If only we could find these things then the curse would be lifted and all would be well…

Be careful in the woods, and be careful what you wish for.  ‘Nice is different than good’, after all.

I’m used to TITCO being good.  One can’t enthuse enough really.  These people work together really well, and they’re all worth watching.

As far as acting goes, however, a few performances stand out for me.

Lottie Diddams plays Little Red as Violet Elizabeth, or Queenie from Blackadder, all foot-stamping and pouty, with great comic timing.  Paul Morgan as The Wolf is superbly sinister.  Jemma’s Personality Disorder Witch is terrifying.  Ian Diddams chews cud really well, the Victorian Ugly Sisters are witty, and there’s real tenderness shown in the performances of Naomi Ibbetson as Cinderella and Teresa Bray as the Baker’s Wife.

But TITCO shine brightest when they sing, and in this show it’s the duets that shine the most; The Witch and Rapunzel (Lucy Burgess), Little Red and The Wolf, and anything involving Princes (Mari Webster and Simon Hoy) in particular.  As far as ensemble songs and choreography go, well that’s all good too, and it’s impossible to fault the complex ‘Your Fault’, in which Jack (Lewis Jackson) gets to find his voice.

It’s dark in The Woods, don’t you know.  And it gets darker.  People die.  People reveal the worst and best sides of their natures.  Some of it is positively Freudian.  Just when you think it’s a Happy Ever After…it isn’t.  There be giants and stuff, really good special effects and scary bits.  And there be also, and perhaps most terrifyingly of all, randy Princes…

My award for ‘Man of the Match’ without doubt goes to Mari Webster, for her startlingly sexual thigh-slapping performance as ‘Cinderella’s Prince’ and her hilarious duets with Simon Hoy and Teresa Bray.  Whilst ‘In To The Woods’ is not a pantomime, she plays the part in classical principal boy fashion.  She’s well timed, hugely witty, great to look at, and utterly fascinating to watch.

In summary; In To The Woods, at The Wharf…

Good performances all round.

Call it whatever you like, but don’t miss it.

And it is well good.

PS And after this, if you’re hungry for more excellent Devizes entertainment, why there’s Devizes Arts Festival…

…and they all lived happily ever after 😊